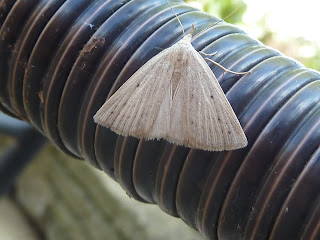 The first record of Small Marbled for VC 30 landed in my Biggleswade garden on the 4th July, followed 24 hrs later by a second, caught by Andy Grimsey in his Luton trap.
The Biggleswade moth (top photo) was quite worn but the Luton moth, shown below, was almost pristine (photograph: Andy Grimsey) 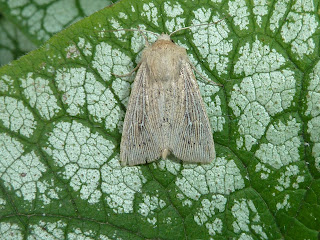 Two new micro moths were added to the garden species list bringing the total to 361.
Both mines found on the few yellow Birch leaves still hanging on the tree so were quite easy to spot.
Stigmella luteella and Stigmella sakhanilella, both ID'd by A. Banthorpe, VC30 joint recorder