I had the pleasure of catching Bedfordshire's first record of Black-spotted Chestnut last night.
This may have been blown in on the mild SSW wind from its Kent stronghold or possibly from western Spain, Portugal or France, we'll never know.
The only other records outside of Kent are from Felixstowe, Suffolk in 2014 so this one is the most Northerly record for the UK. 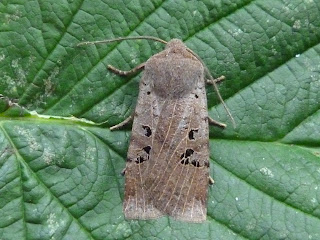 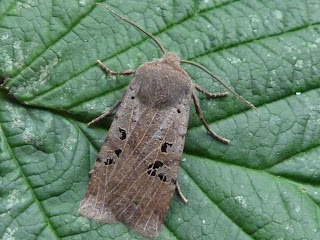 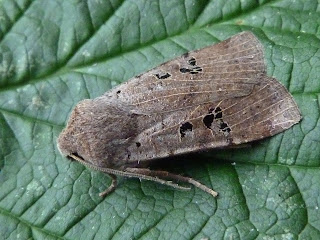 Update:
Another was caught on the 18th December in Upper Caldecote, about 3 miles away by Matt Burgess (son).
He lives approximately 1 mile north of me so his moth (on the left below ) now becomes the most northerly record ...
Both moths were males and were released in suitable habitat in the vicinity of capture by the county recorders, Andy and Melissa Banthorpe.
Posted by Trent Duval at 15:48