Some interesting finds in the garden traps last night.
A Great Diving Beetle, Dytiscus marginalis was taken from the trap and put into the small fish pond, the fish being too big to be prey for this fearsome creature.
Pictured below, this is a female which lacks the large suction pads on the front legs found on the male. 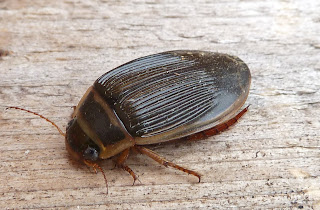 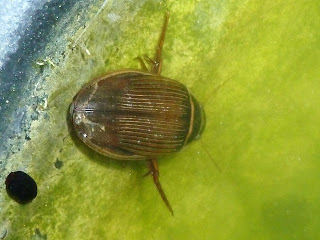 It soon made itself at home, the above photo shows it coming up for some fresh air.
Whether it stays in the pond or not is another question as the food supply may not be sufficient, apart from it being a little lonely.

There were quite a lot of moths about, enjoying the 10+ deg. night. A late Pyrausta aurata was found on the wall near the trap and the first Satellite of the autumn arrived at The Dells. 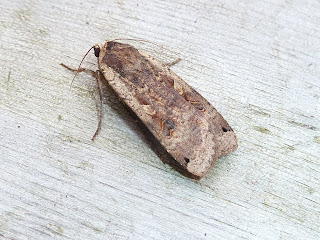 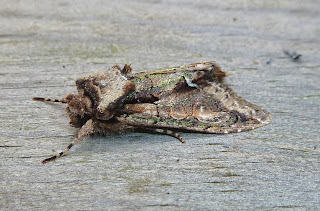 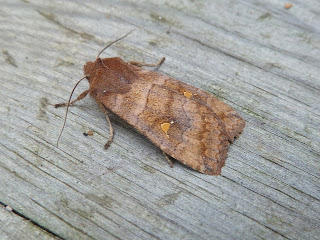 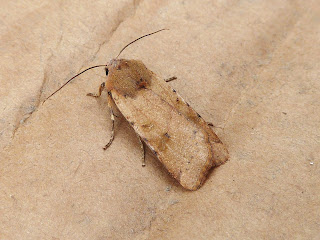 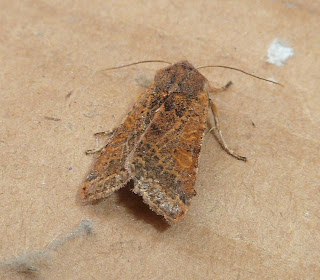