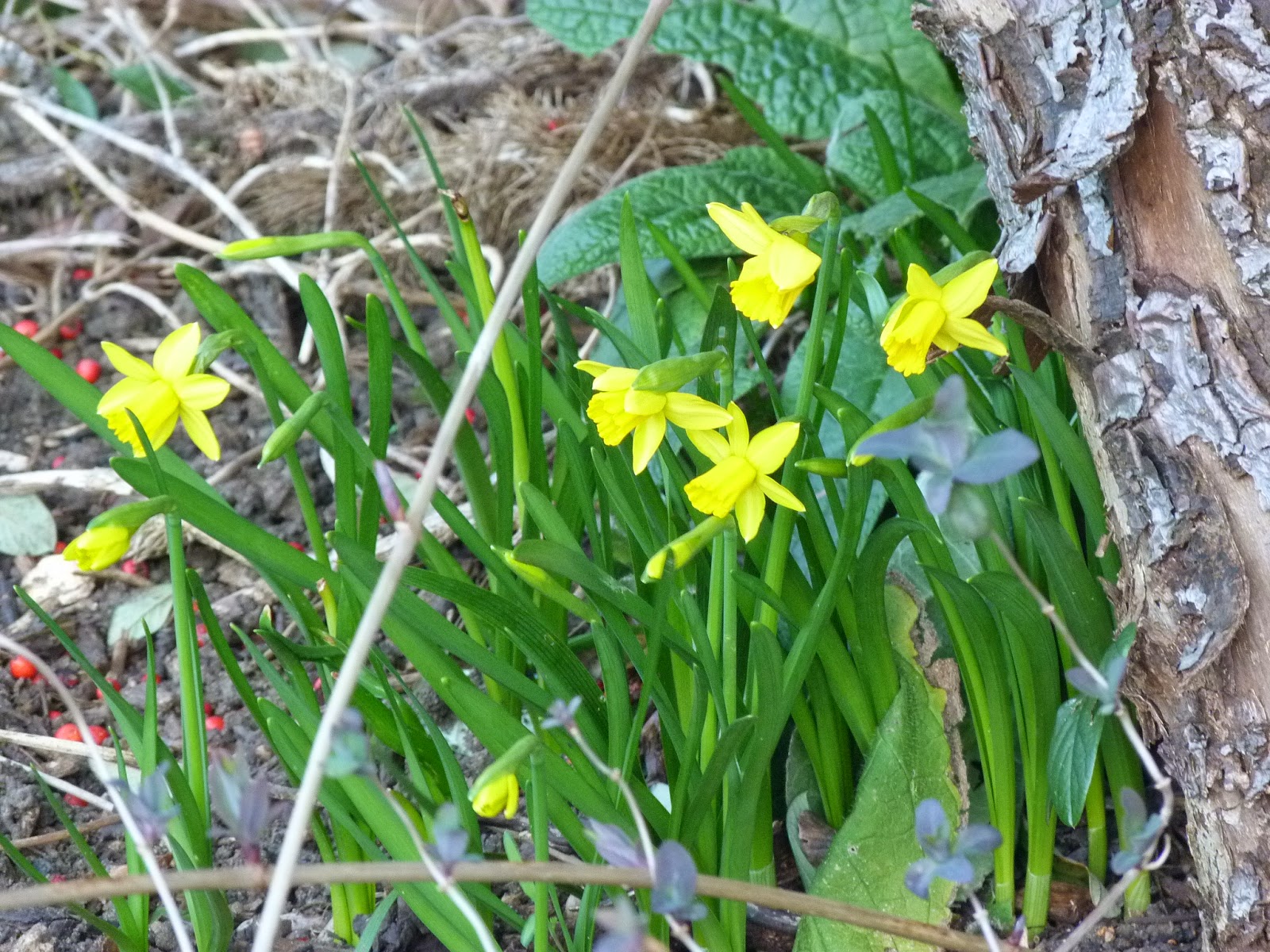 Moth numbers are increasing in the garden with the warmer nights although the strong gusting breeze and the large moon are doing their best to inhibit the nocturnal activity.
My garden tally is now 16 species compared to 11 species this time last year.
Common Quaker is now regular in the traps with Hebrew Character, and Agonopterix heracliana along with Emmelina monodactyla make up the majority of the micro catch. 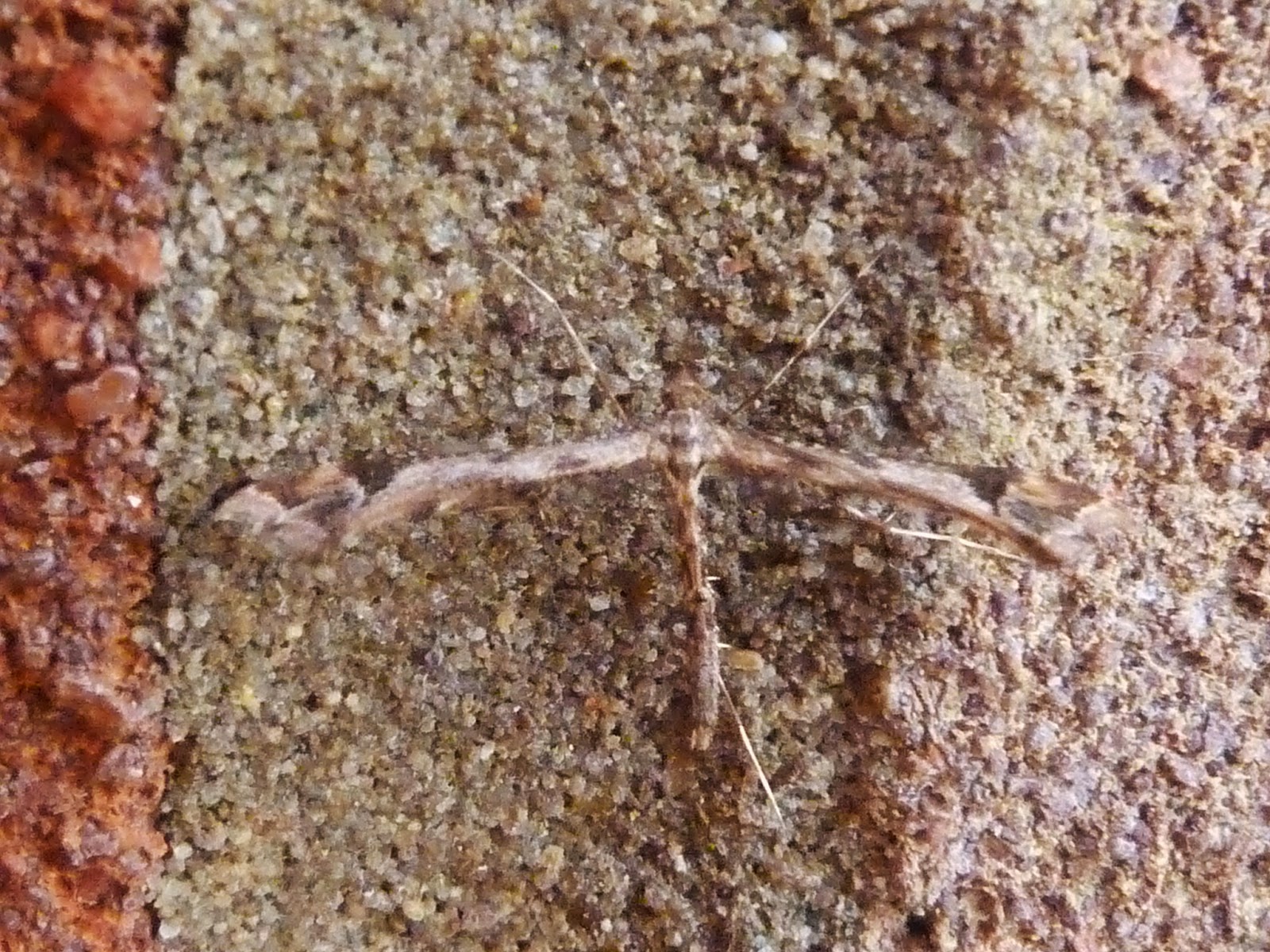 Amblyptilia acanthadactyla was a new addition for the year on 5th March, difficult to spot on the brick wall near the trap.  Tortricodes alternella would have made the photo gallery but unfortunately it got badly crushed between pot and lid so no pic.
Hebrew Character (below)
very common and will be for another month or more 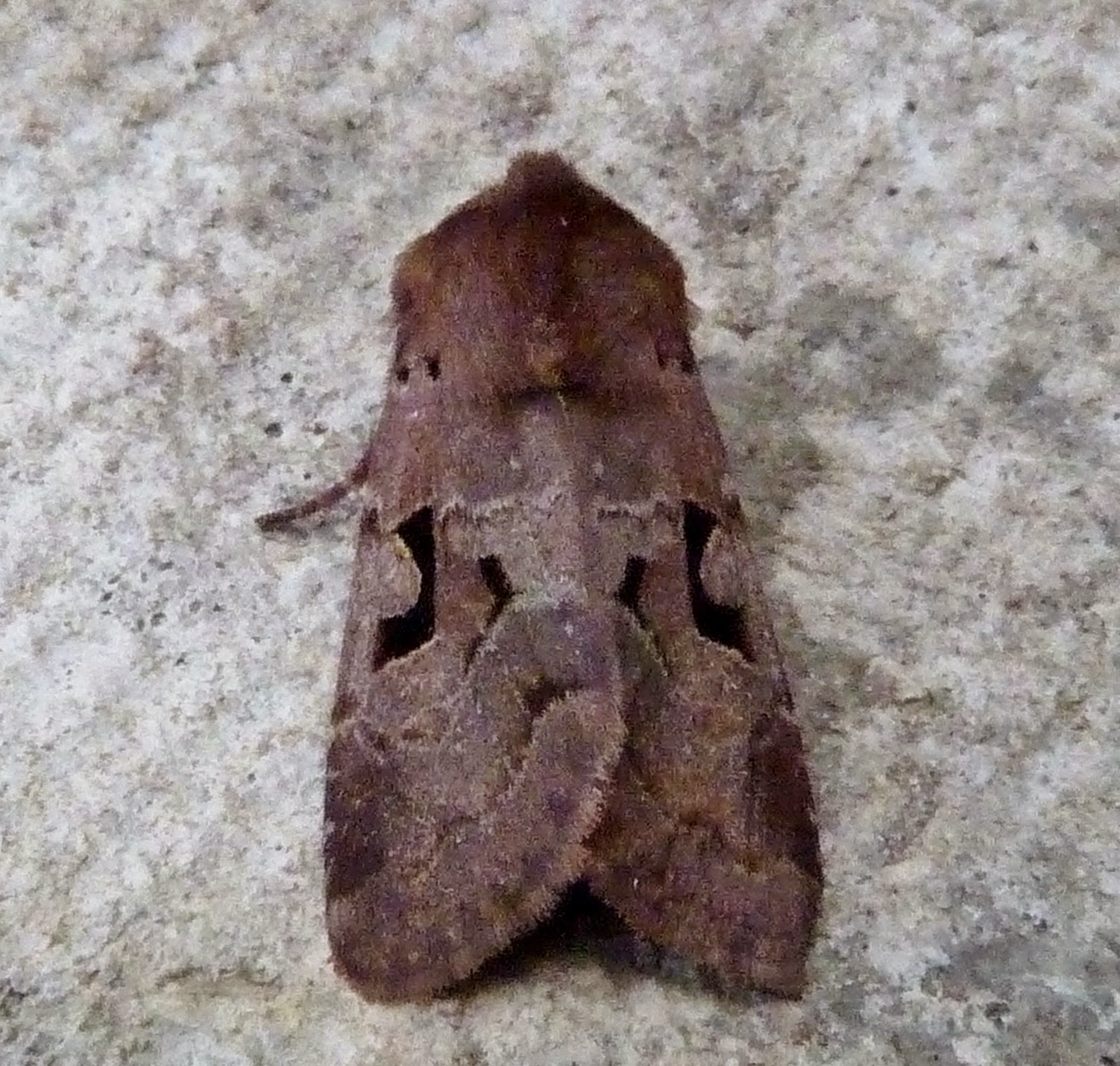 A brace of Satellites on the 6th 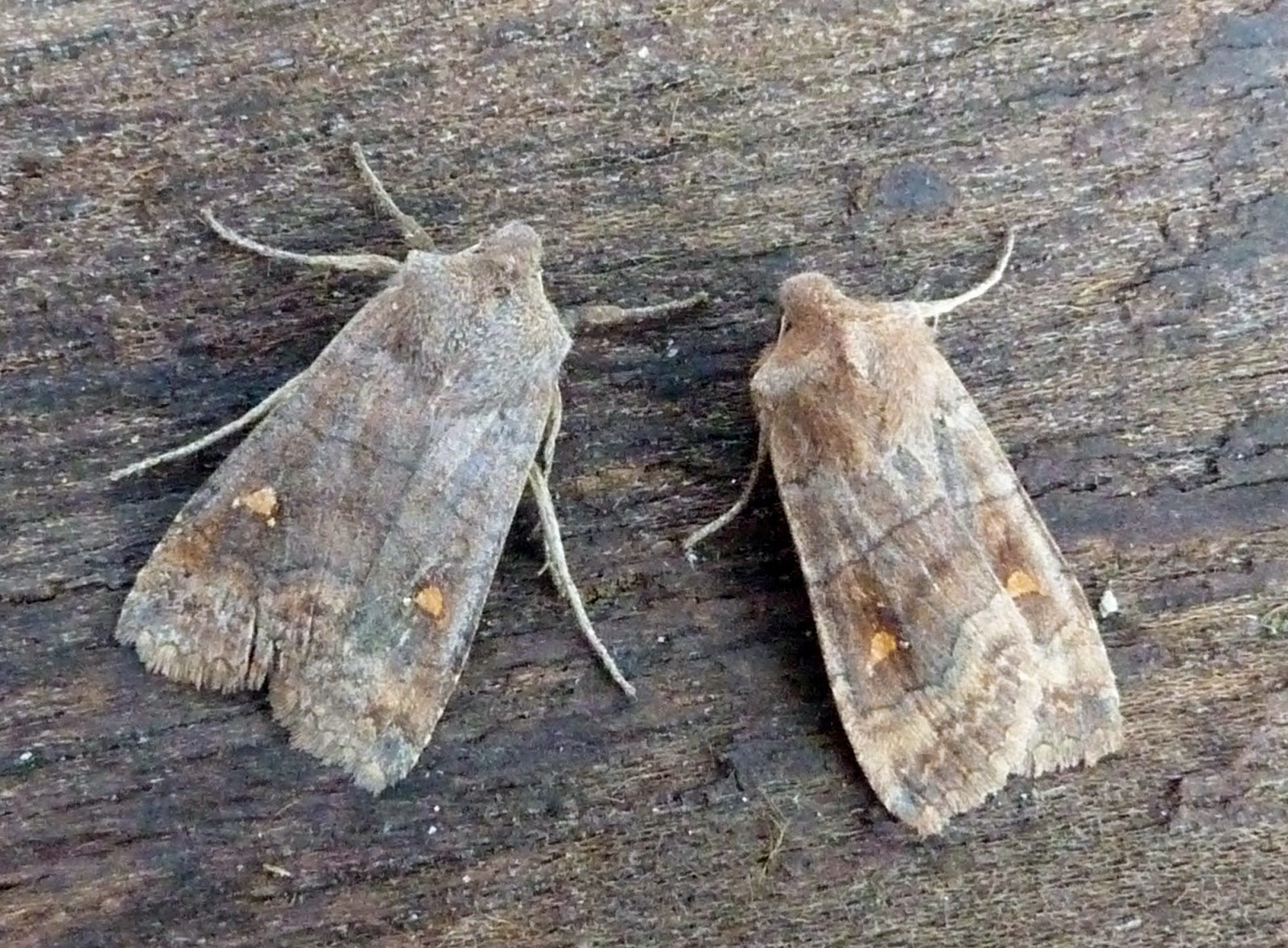 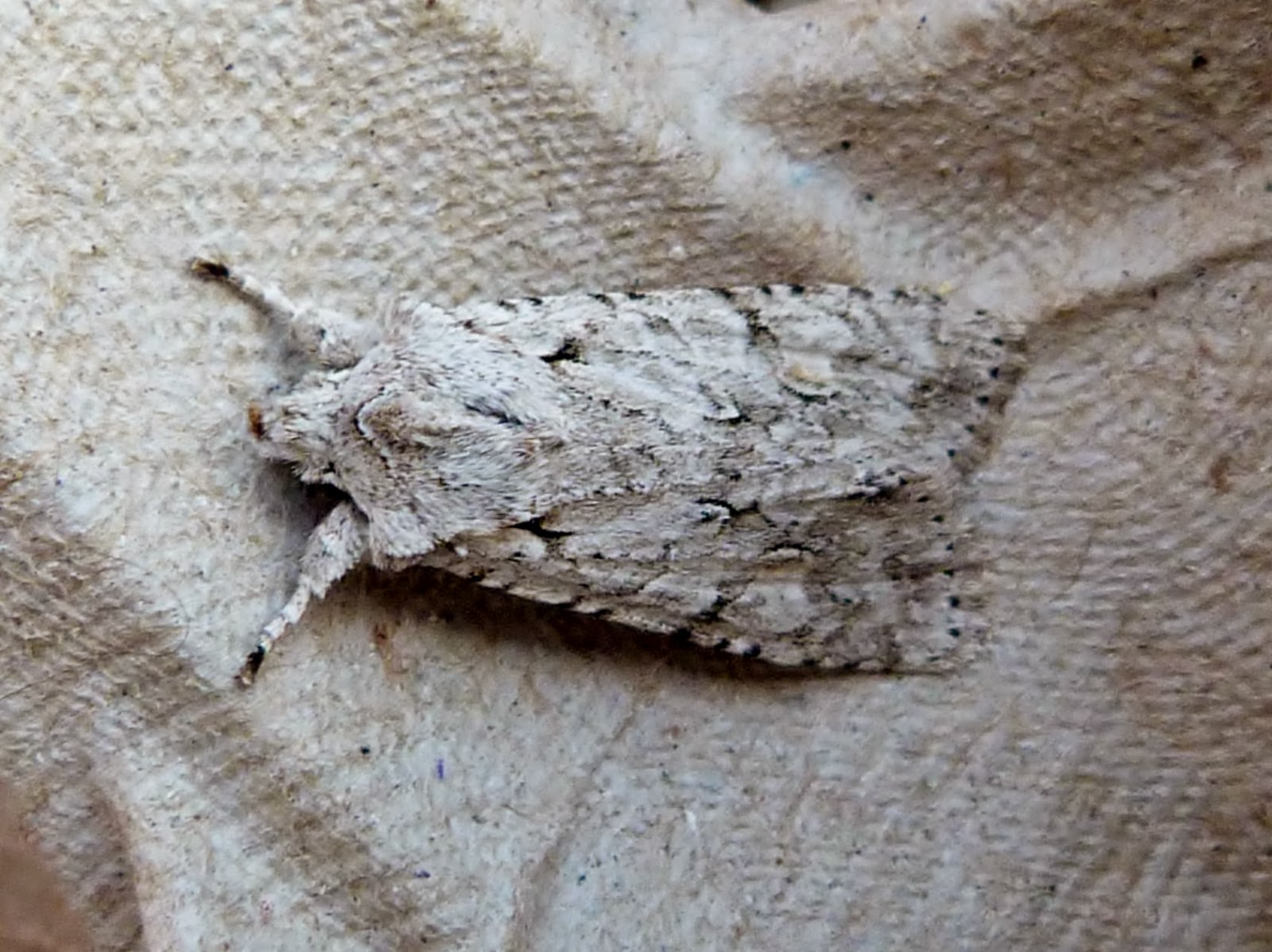 Pale Brindled Beauty in the egg boxes this morning (8th) 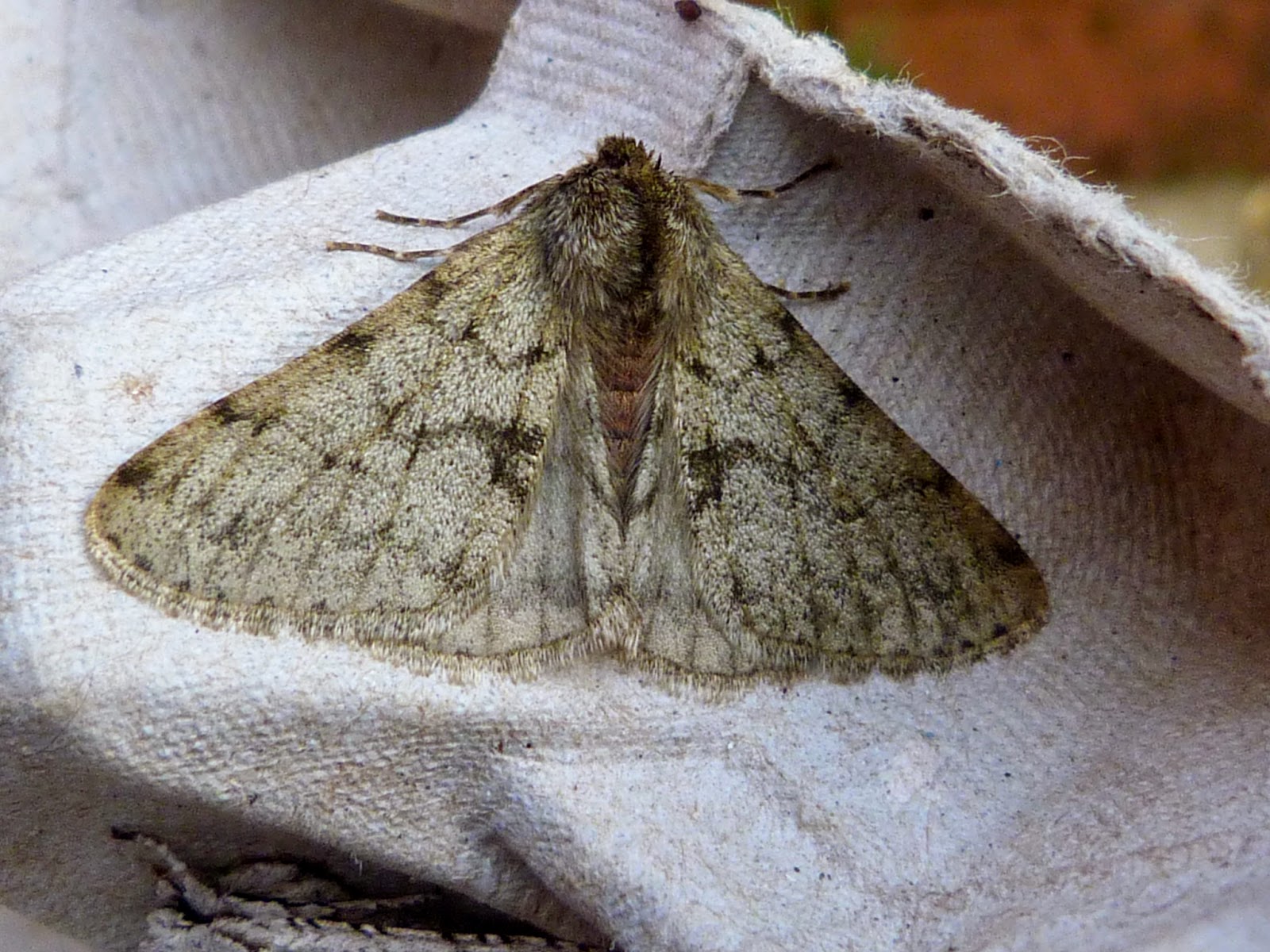