More moths from the garden traps

Carpet moths are are a regular feature around the light traps at this time of year and there has been a nice variety of late, usually on the walls near the traps.
Red-green Carpet is a common visitor along with Common Marbled, Spruce and Garden Carpet.
An Autumn Green Carpet was caught just 5 miles away from my garden, a moth thought to be extinct in the Bedfordshire VC30 county having not been seen since 1975.
Another uncommon Carpet moth in my area is the Juniper Carpet which is benefiting from the many juniper cultivars growing in gardens and one that I am keeping an eye out for.
I have recorded 2 or 3 in the past 6 years.

And a selection of variable Common Marbled Carpet's 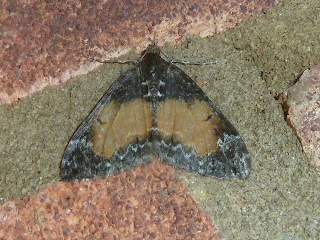 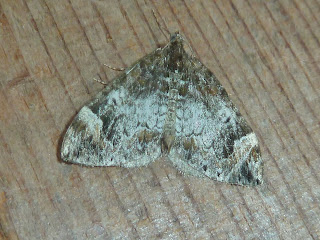 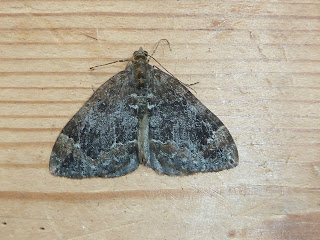 A Feathered Thorn was added to the year list ....
.... and a surprise Beautiful Hook-tip was even later than my previous County latest !
My late record has been topped by Matt Burgess who caught one a few days later.

This 2nd generation is noticeably smaller than the July/Aug batch.
The creature from 9th Oct had a forewing length of just 10 mm, while the one below had a 12 mm FW