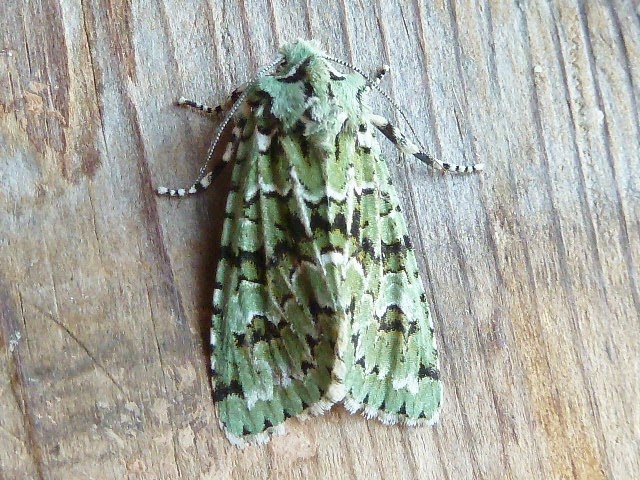 Above ... Merveille de la Nuit would be a more appropriate name for this beautiful moth ... always a thrill to see in the autumn moth trap.
--------------------------
Last night was overcast and much warmer with warm air being pulled in from the Azores, enjoy it while it lasts.
The forecasted rain during the night missed Biggleswade and the night was pleasantly warm.
31 moths of 17 species was a good return compared to the last couple of weeks.
Both Sallow and Mallow were rescued from the numerous Garden Orb spider webs around the garden.
So far it's been a poor year for Sallow species in my garden with only Centre-barred, Barred and The Sallow recorded in low numbers.
The normally annual Pink-barred and Dusky Lemon Sallow have not yet been recorded this year although there is still time, and Pale Lemon Sallow has turned up in the past.
Diamond-back Moth has had a big year with another two seen on the trap perspex.
Of the "green stuff" ... Red-green Carpet was last seen in spring until last night, Green-brindled Crescent and Merveille du Jour were both new for 2014
Great Diving Beetles are on the move and occasionally turn up in the traps and I normally drop them in the small garden pond, but not this time as I have many Goldfish fry in there, I know Halloween is approaching but ........
16th Oct :-
Monopis obviella, 2
Plutella xylostella, 2
Epiphyas postvittana, 6
Emmelina monodactyla, 3
Mallow, 1
Red-green Carpet, 1
Common Marbled Carpet, 1
Shuttle-shaped Dart, 3
Lesser Yellow Underwing, 1
Setaceous Hebrew Character, 2
Blair's Shoulder-knot, 3
Merveille du Jour, 1 ... year first 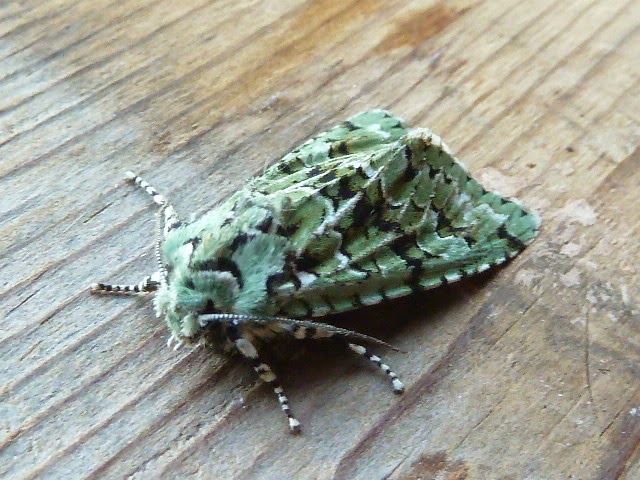