COMMON GROUND DOVE, Columbina passerina as its name suggests, a common bird on Grand Cayman and at 6.5 inches long it is easily overlooked creeping around the undergrowth, unlike these two sitting on a shed roof. 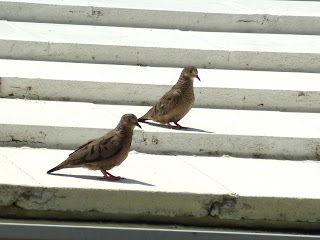 LOGGERHEAD KINGBIRD, Tyrannus caudifasciatus. Known as Tom Fighter locally, due to its aggressive behaviour during the breeding season. One of the tyrant flycatchers, 9.5 inches 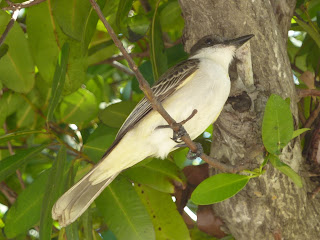 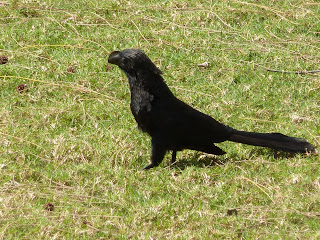