Unhappy with my replacement min/max temperature unit.
I'm sure last nights (14th April) temperature was lower than 4.6 deg C. and I'm also sure that the previous nights temps were lower than the 7/8 deg on the minimum temp display.
In fact I am getting a little OCD about it, SO, I bought another.
This one has a remote sensor that relays the info to the display unit via wireless signal.
It gives both indoor and outdoor temps and at the push of a button it tells you the min/max temps for the last 24 hour period of both indoors and outdoors.
It also forecasts the next 12 hours of weather in a 30 mile radius.
I may push the boat out and upgrade to a more sophisticated one later, one that also displays humidity, barometric pressure, wind speed and the BBC.
At least I can now compare the two and get some sleep ...
BELOW ... The main unit showing both indoor and outdoor temps and forecasting sunshine with a little cloud .... so far so good. 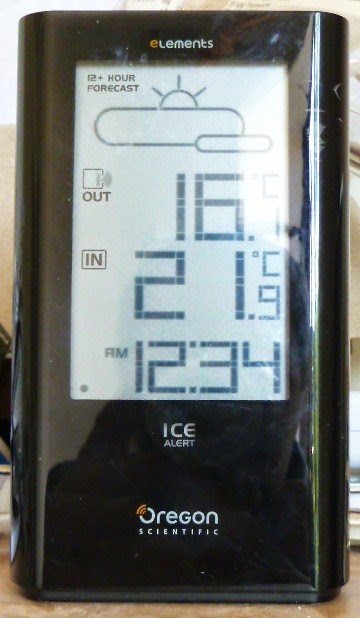 BELOW, The neat little sensor, fixed to the fence around my little fish pond 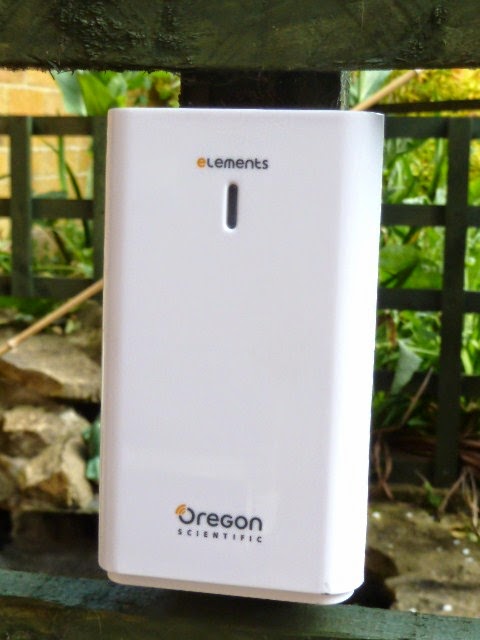 £20.00, which included p&p, for hopefully, peace of mind !
Speaking of OCD, last year I put a clump of day lilies in the garden to add a splash of colour but they suffered badly from Lily Beetle attack despite my efforts, ie picking off the little sods as they appeared.
This year I have escalated the war by spending more "picking off" time (chemicals are definitely NOT an option) and the half grown plants are looking quite healthy so I hope I caught them before they had a chance to lay their hundreds of eggs.
This time, instead of sneakily flicking them into a neighbours garden (the one that trims my Cotoneaster and Ivy on his side of the wall and then dumps them willy nilly back into my garden !)  where they may find their way back ...I have dispatched them.
The Enemy below .....
War dead .... 66 Lily Beetles
and none seen for 3 days, now to keep an eye open for the larva which are worse than the adults ... 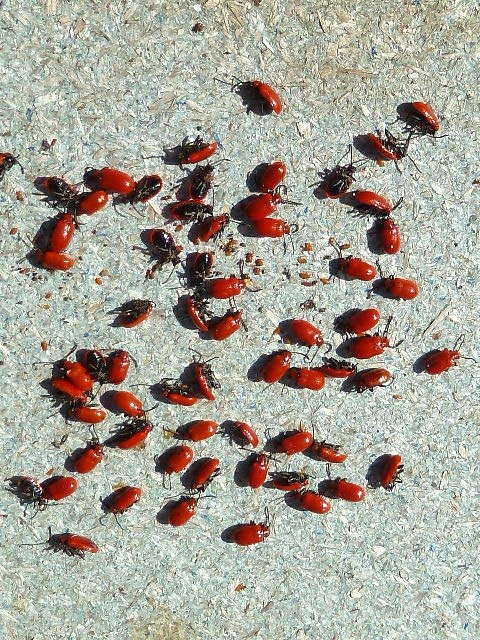