Every August I look forward to noshing sweet juicy Victoria plums from my garden tree.
This year however that particular pleasure has been denied.
And why ?
The answer is Grapholita funebrana and the easiest time of year to identify this moth is right now as the plums ripen.
The Plum Fruit Moth has been particularly busy this year and just about all of the plums are affected.
It's a year tick for the garden moth list but one I would rather do without ... 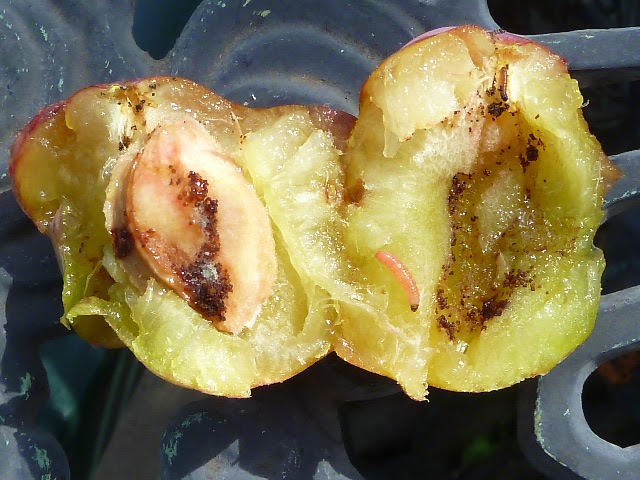 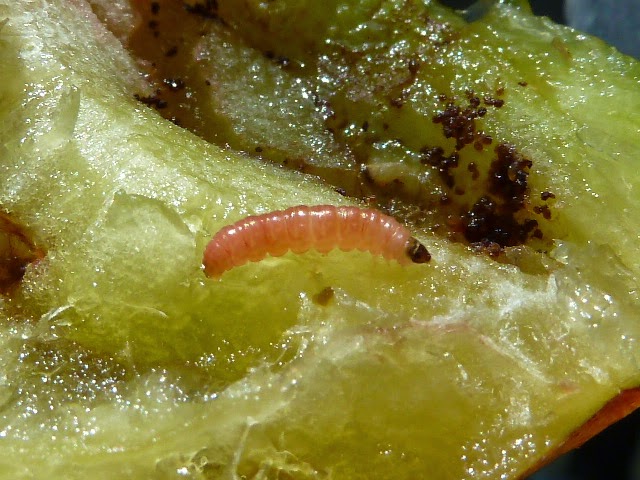 If I ever lose interest in garden moth trapping/recording it will be in August.
Both traps are full of brown moths and little else usually.
Common Rustics abound, Straw Underwings are peaking, Shuttle-shaped Darts are very numrous and Large Yellow Underwings are bombing the traps, creating havoc and agitating the catch.
Not only that, the traps contain quite a few sleepy morning wasps that have used the traps as a midnight feast facility, not to mention the occasional hornet which strike fear into the bravest of souls.
There were some additions to the year list despite all of the above ...

Flounced Rustic was new for the year on 5th Aug 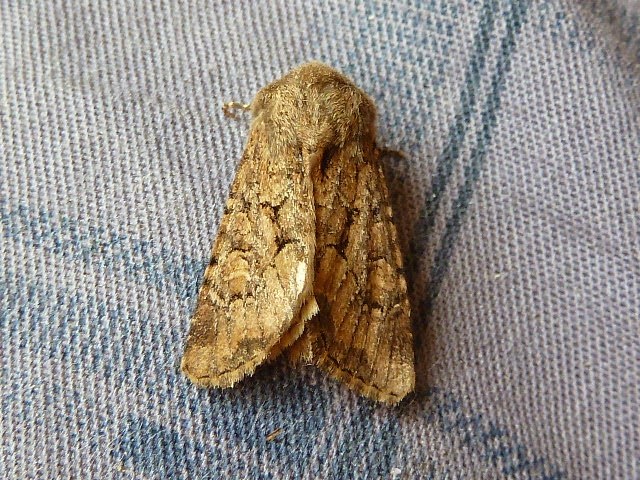 Bulrush Wainscot, last night, not seen for a year or two ... 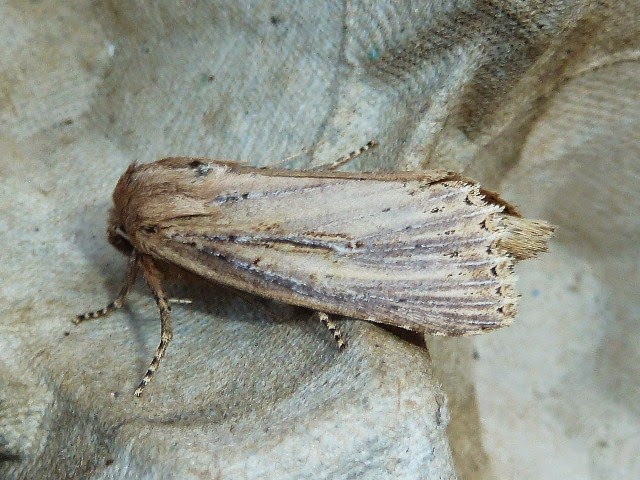 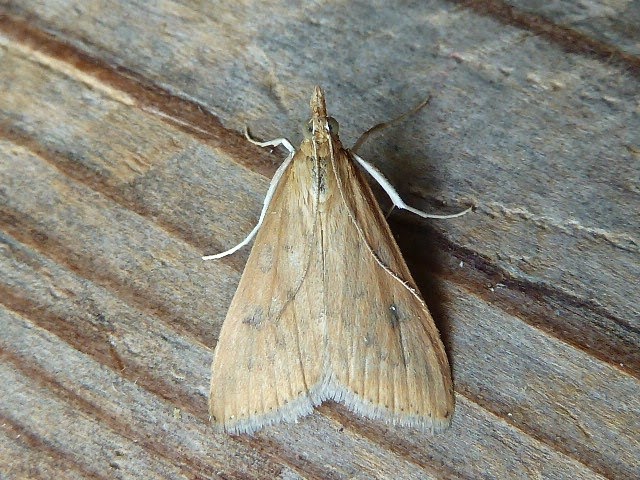 Others of interest...
Small Dusty Wave has re-appeared with 2 found last night.
Angle Shades, part 2. I'm expecting a lot more of these in the coming 3 months. Very common in my garden.
Cydia splendana x 15 has had a boom year, whereas Cydia pomonella is thin on the ground this year with just a single last night and rarely seen in multiples unlike previous years.
Water Veneer corpses litter the bottom of the traps lately with c 100 this morning, here's a live one in the glow of the 11watt PL Synergenic lamp .. 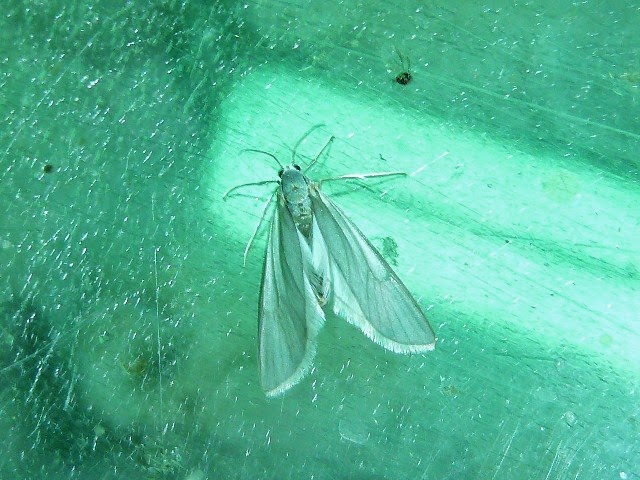