Pinion-streaked Snout has been on my want list for a while now so it was nice to find one in the trap this morning.
With its
small size and Ephestia-like stance it could easily be mistaken for a micro moth. 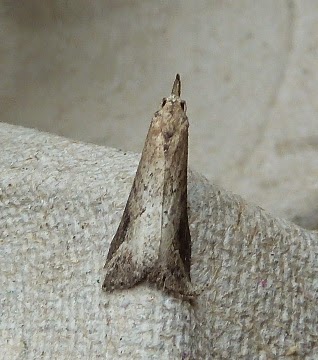 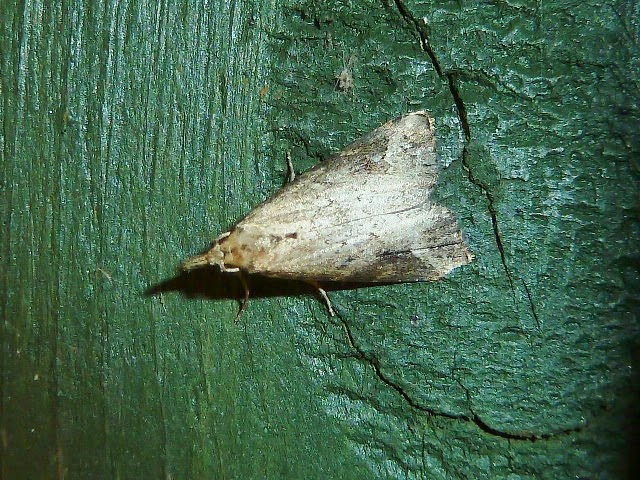 Green Carpet, Small Emerald and Small Blood-vein, all fresh, were recorded over the last two nights,, and a year first Large Ranunculus joined two Small Ranunculus.
The Wine Race ...
Started in 2010, between myself and Matt Burgess who traps about 3 miles away, the most garden moth species recorded in a year wins a bottle wine from the loser.
Last year we were joined by Ben Sale who traps about 15 miles down the road in Stevenage.
To be fair, Ben tends to go out in the field on good mothing nights covering a wide range of sites to the detriment of his garden tally, but sportingly hits his kick with a bottle of the fermented grape.
Now that he is a married man we are expecting more competitive garden totals from his traps as he won't be allowed out so much. Oops, my tongue just got stuck in my cheek !
The previous 4 years have seen overwhelming victories for the Upper Caldicote traps of Matt B, but the 2014 "race" could be closer than a Scottish referendum poll now that my micro gen det results are in from David Manning, our county micro recorder.
15 site first micro's for my garden list along with 23 year first species was more than I could have hoped for .... the gloves are well and truly off.
Here is the "site first" list ...
0493..Coleophora serratella ..15th July
0946..Aethes rubigana .. 15th July
1268..Cydia coniferana .. 15th July
1284..Dichrorampha vancouverana .. 15th July
0566..Coleophora sternipennella .. 17th July
0844..Syncopacma larseniella .. 17th July
0304..Parornix devoniella .. 18th July
0724..Metzneria lappella .. 18th July
1287..Dichrorampha aeratana .. 19th July
0736..Monochroa lucidella .. 20th July
0315..Phyllonorycter harrisella .. 26th July
0866..Brachmia blandella .. 26th July
1208..Pseudococcyx posticana .. 26th July
0305..Parornix scoticella .. 27th July
0678..Depressaria sordidatella .. 28th Aug