3.5 deg C min temp.
Crystal clear nights mean the temperature drops rapidly soon after dark, especially with the wind direction from the North-east.
The North Sea is at its coldest at this time of year and it chills the wind that passes across it as it heads our way, so says the Met Office.
Early evening flyers are trickling into and around the traps but it remains a slow trickle.
Having said that, two more species were added to the garden year list last night.

A brace of Holly Blue butties were spotted in the garden during the day feeding on the freshly opened flowers of Red Valerian.
These Valerians have self seeded, from where I know not, but they are highly recommended for all kinds of insect life.
Last year I had Hummingbird Hawk-moth feeding on them, so I have let them spread and they now grow as perennials.
If you don't have this plant, get down to your local garden centre and buy a couple of clumps, you won't be sorry.
Below: Red Valerian, (Centranthus rubra), just coming into flower 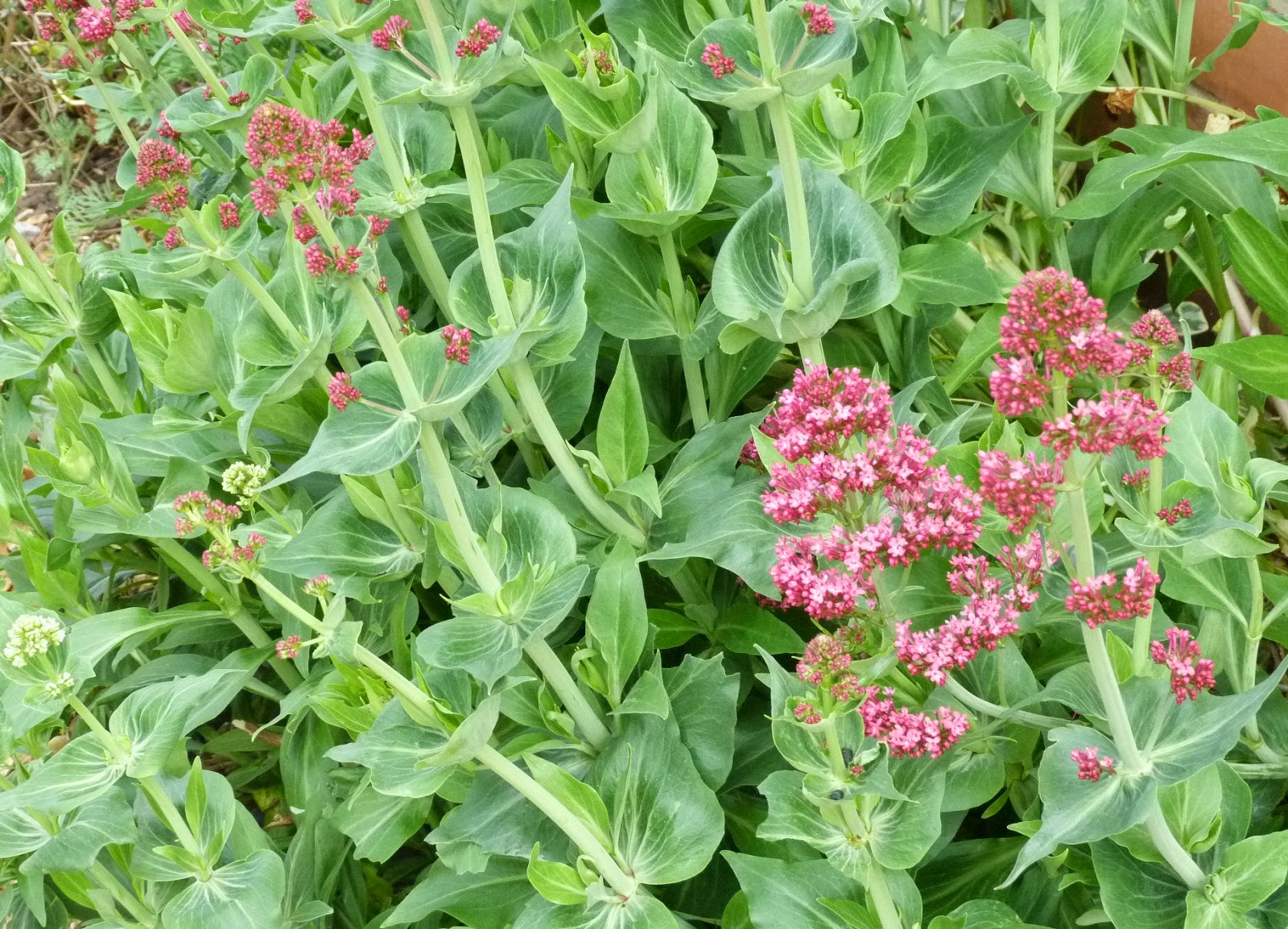