5.6 deg C minimum
chilly light breeze, cloud cover.
Coniferous woodland moth species are few and far between in towns but I record a few annually, probably due to the large Scots Pine growing in the garden a couple of doors down.
This really is the "Lonesome Pine", standing tall in the middle of two rows of houses. 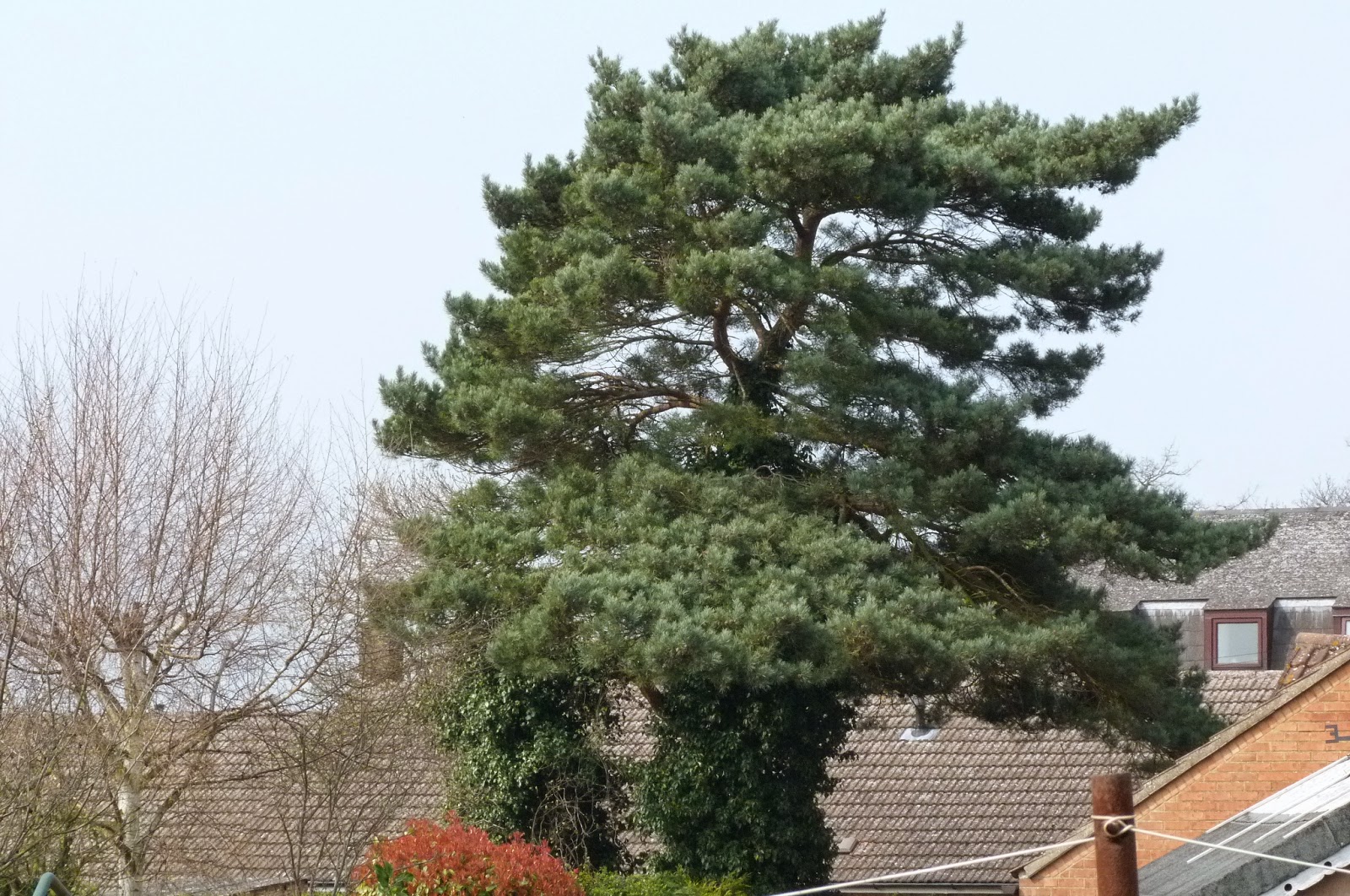 Song Thrushes are still hanging on around town with about half a dozen pairs in the vicinity.
This one was in the conifer next door.
As far as bird song goes these guys really are tops ... 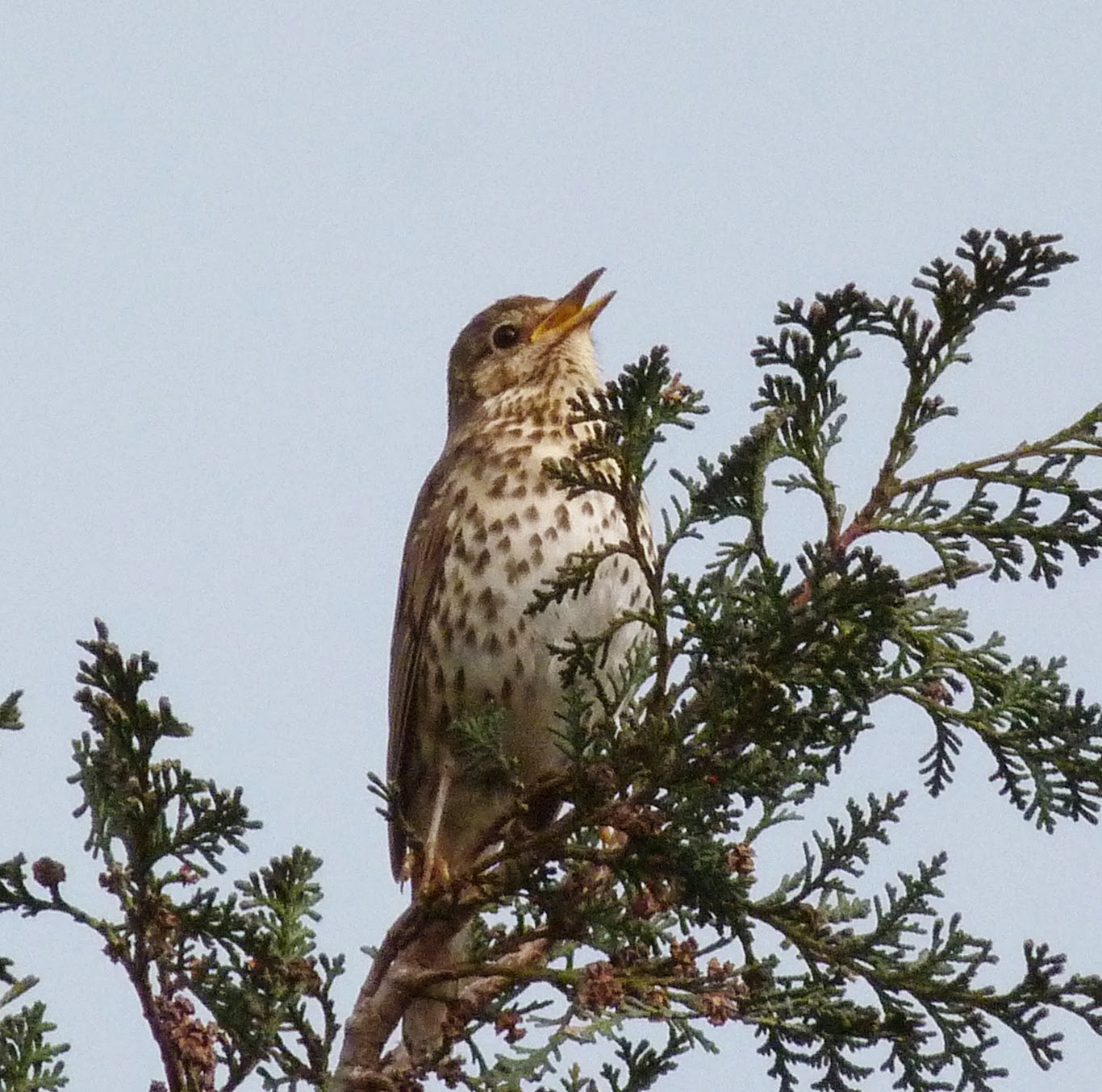