... Shuttle-shaped Dart that is.
I am usually inundated with them in late April and I'll bet they will run into double figures tonight as the wind finally stops chilling us from the N/E and changes to a South-westerly, to give us a warm night at last.
Below:
Shuttle-shaped Darts in the trap this morning waiting to be released from the butter carton.
I'll probably need a bigger carton tomorrow morning.

Song Thrush at its morning perch on the top my neighbours large conifer enjoying the early morning rays ... 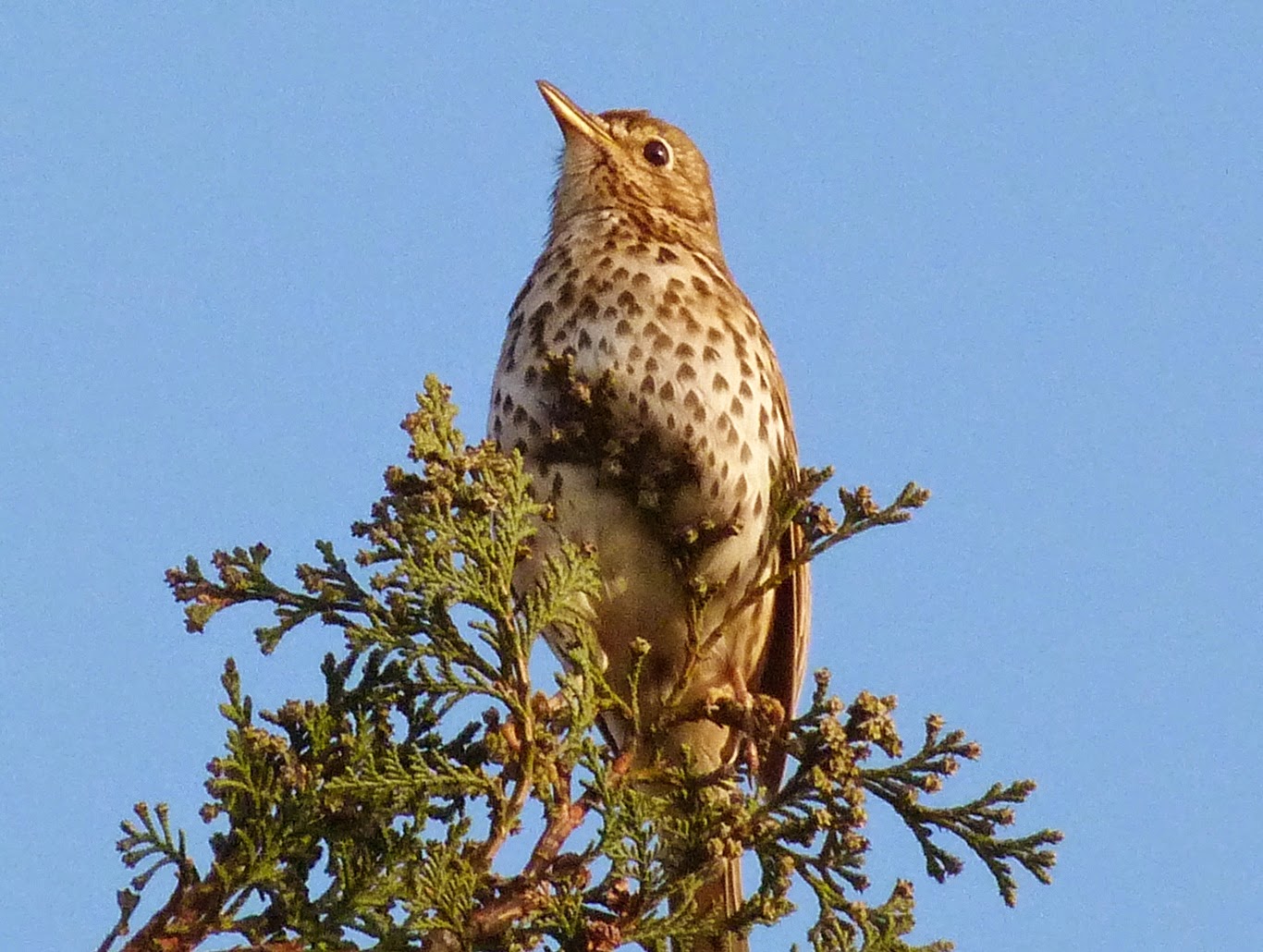