5 deg C minimum, calm and hazy.
Another Ochreous Pug was found amongst the Double-striped Pugs and a Pale Mottled Willow was added to the year list, exactly a month later than 2014.

Ochreous Pug
Rests with wings drooping or below the horizontal.
That's what all the literature tells you and I found this a bit misleading.
In actual fact, Ochreous Pug when it first alights will sit with wings above the horizontal or level and remain in that position for quite some time.
When it is completely settled it usually droops its wings.

The top pose is unnatural, it was wind assisted by blowing from behind its forewings, although it made no attempt to change its position. The rest are natural positions after short flights around the inside of my garden shed windows. 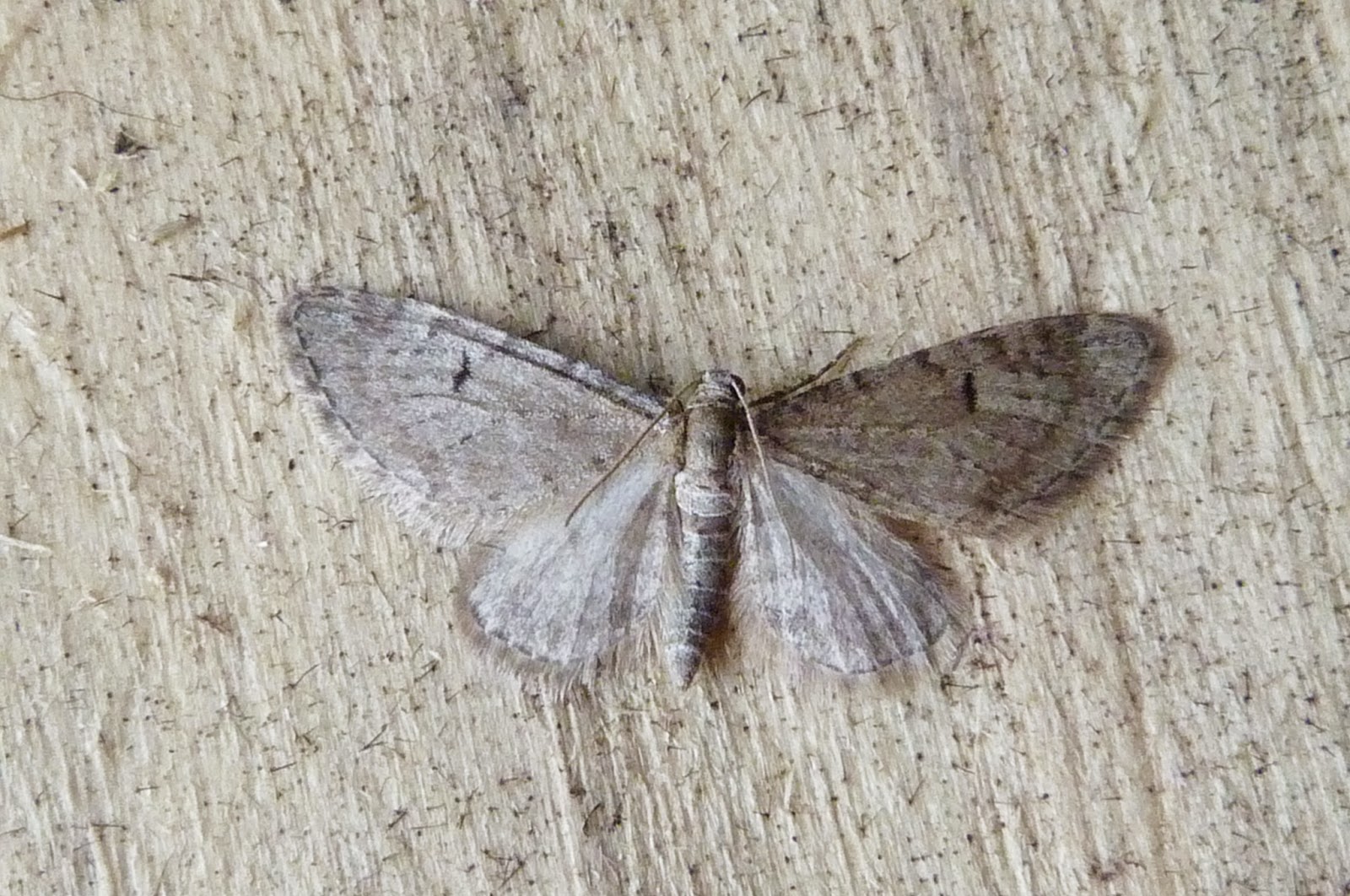 Settled with wings above the horizontal 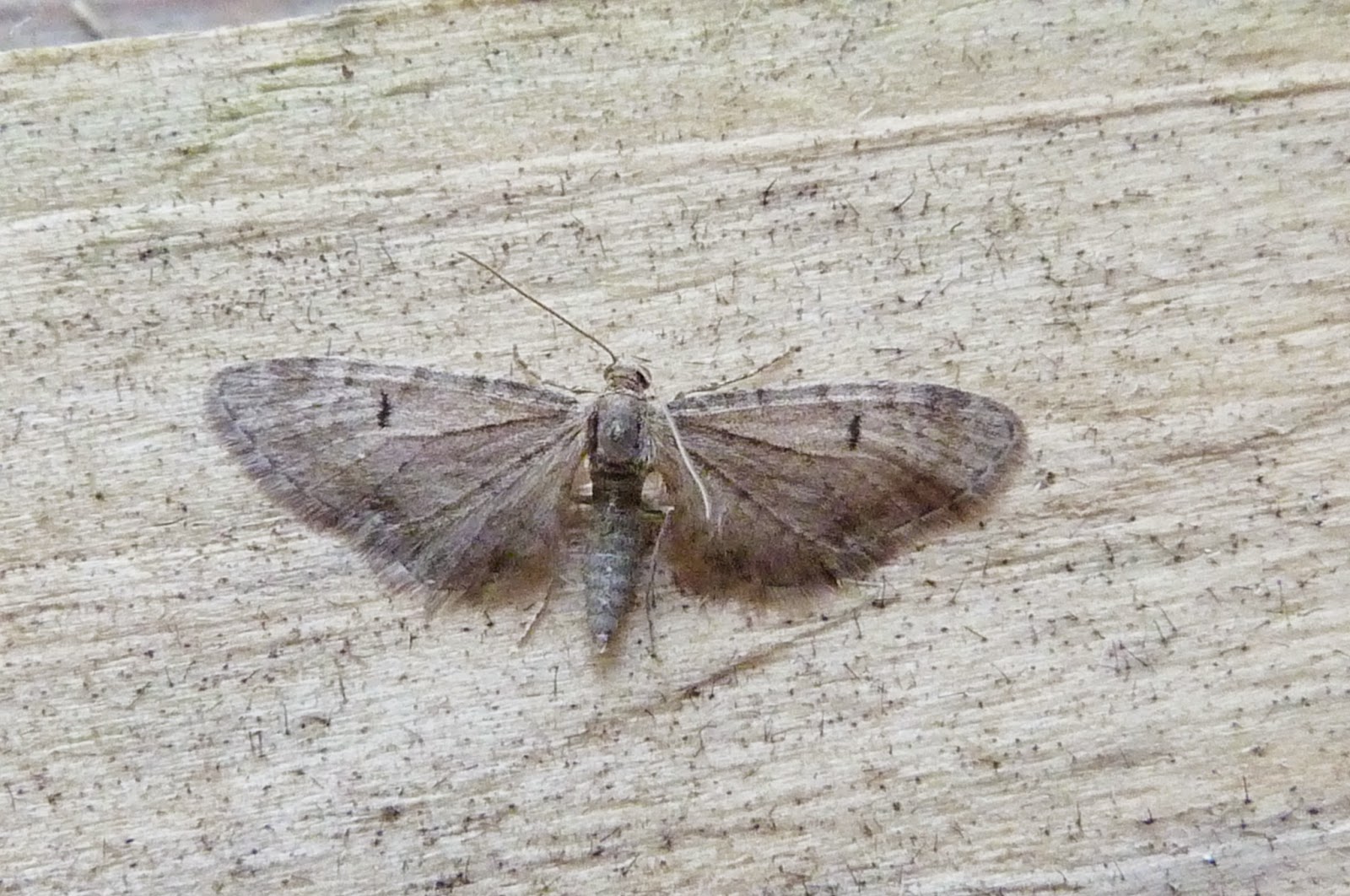 This time with wings horizontal 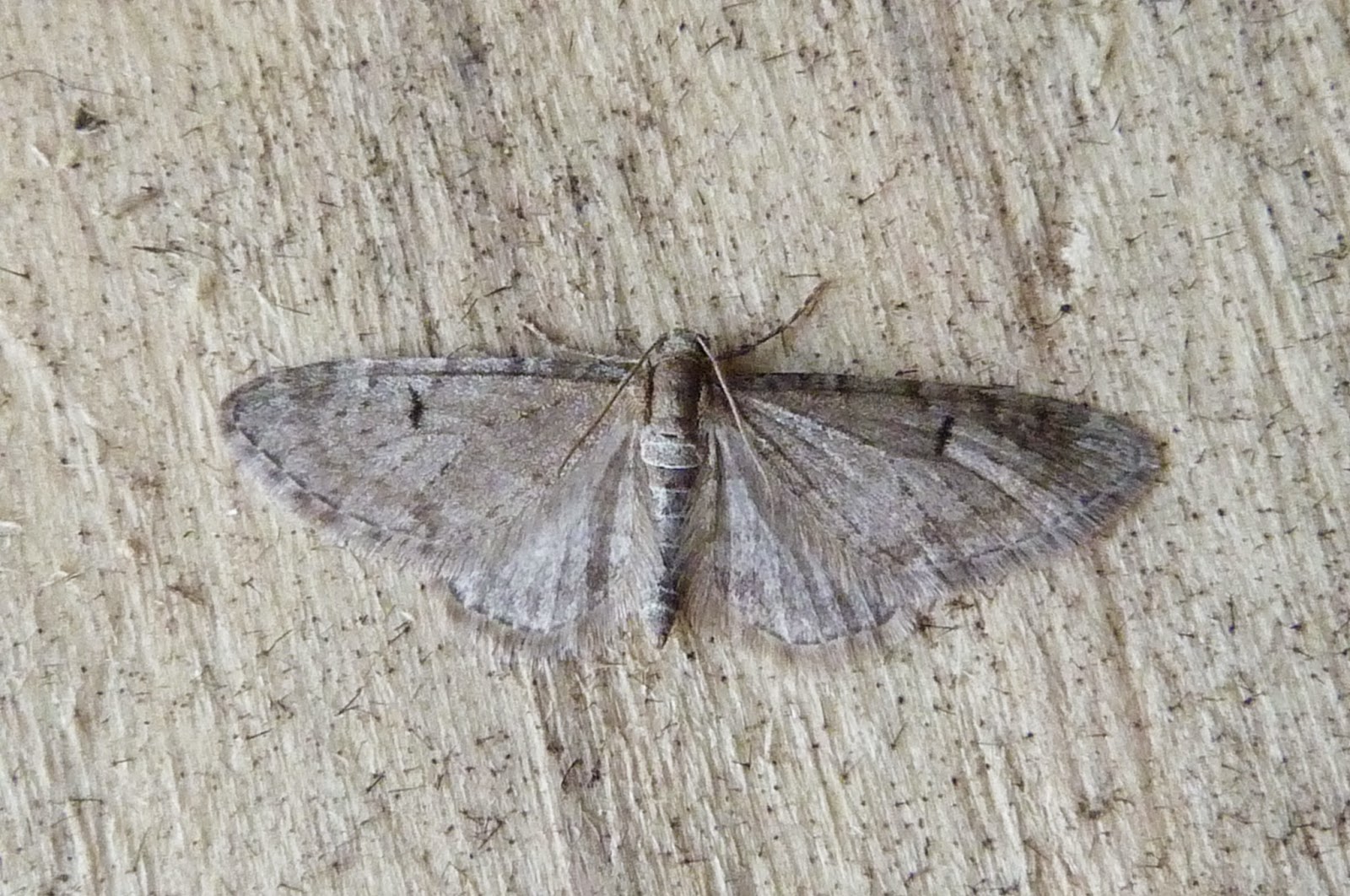 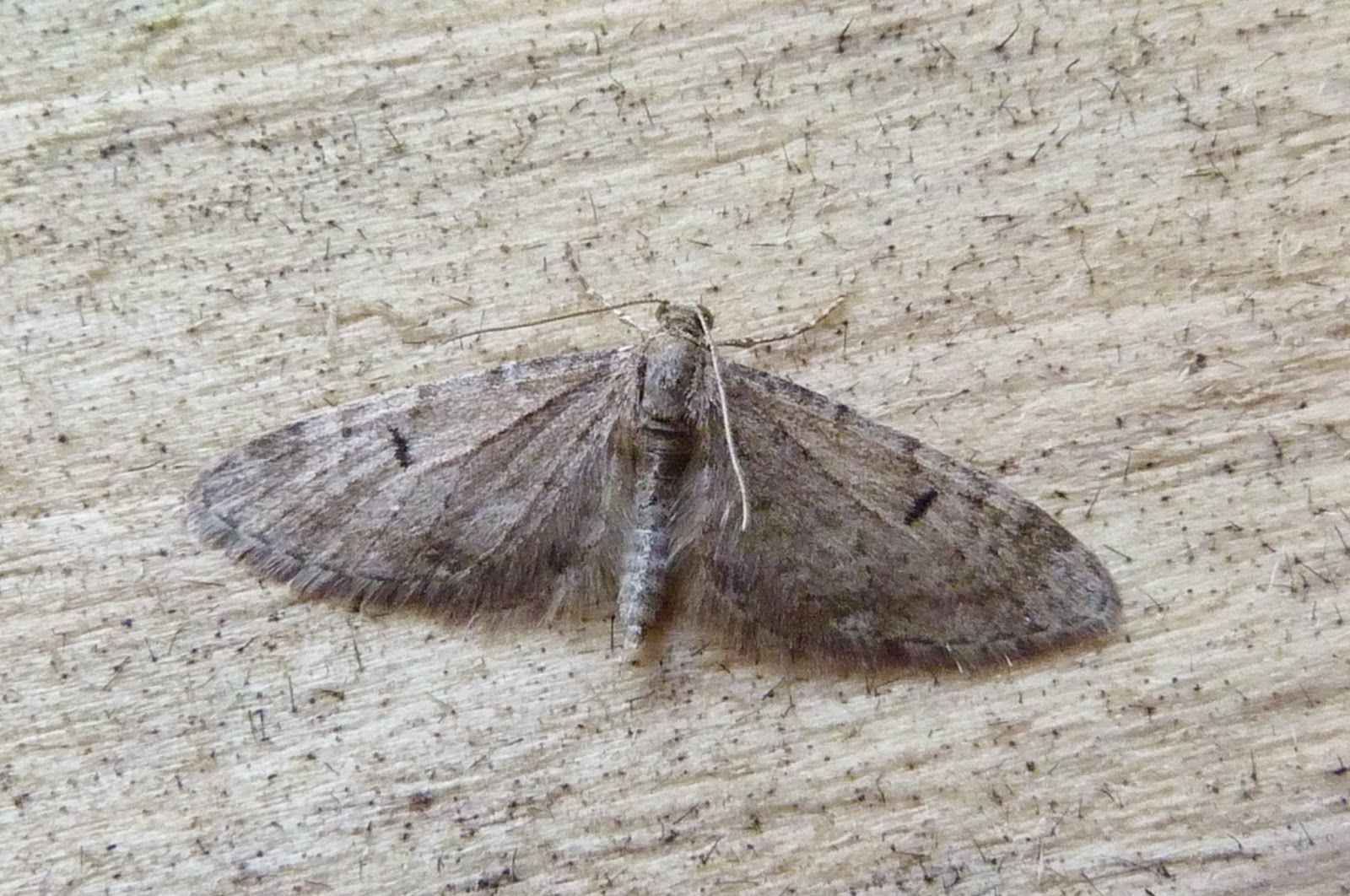