I flicked on the garden traps last night despite the accurate frosty forecast from the Met.
Temperatures plummetted to 1/2 a deg C during the night with a light frost on the grass this morning, however, a few moths were flying in the early evening.
A total of 8 moths were trapped, 7 of which were Shuttle-shaped Darts and one very welcome Chamomile Shark.
Quite an uncommon moth, they have been turning up annually for the past 3 years albeit in singles.
The pictures show the dark lines along the forewing passing into the fringe, unlike Shark, where the lines stop abruptly at the inner edge of the fringe.
Difficult to tell apart when the fringe is worn as is often the case. 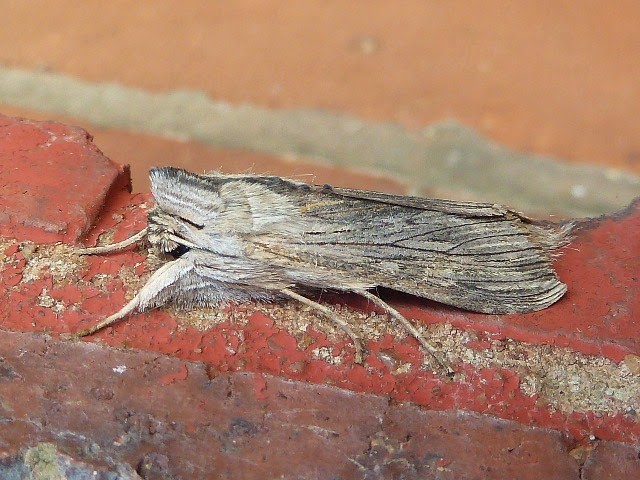 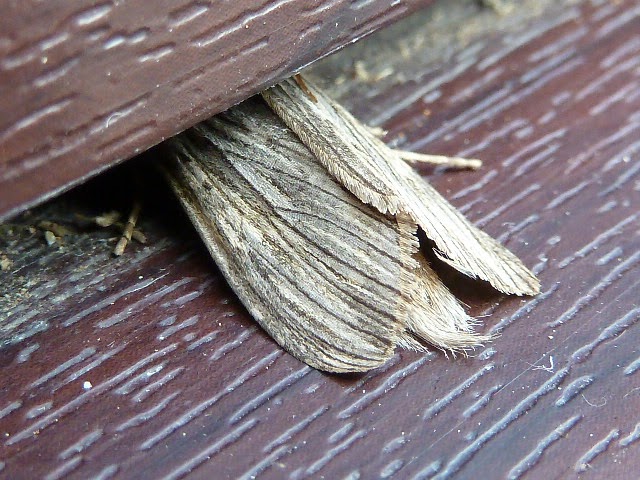