Cold nights are trumps lately, slightly warmer than the previous night.
Lowest temps were in the early hours, dropping to 4 deg C.
You never know what to expect in May temperature-wise and any gardener will tell you not to "cast a clout until May is out". Not certain if this refers to the month of May or the May blossom on the Hawthorn which is certainly out at the moment. Maybe it comes out later in the Northern counties as this sounds like a northern expression. A lump of the good earth is called a clart around the N/E, whereas us Men of Kent call it a clod and no doubt there are variations around the UK.
Whilst poking around the clouts, clarts and clods of the garden yesterday, a Carnation Tortrix was added to the year list .... 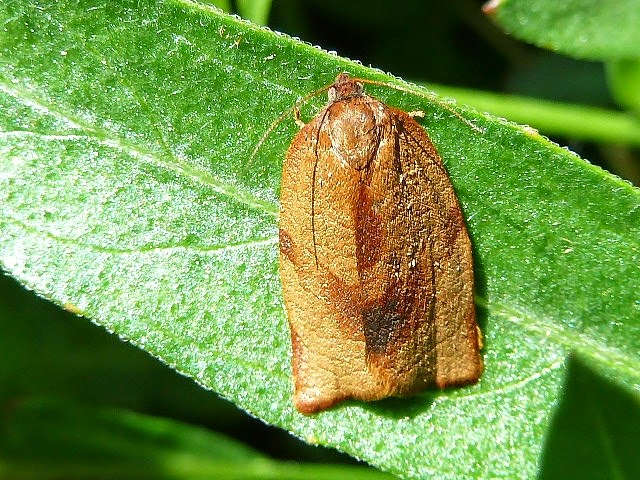 Nothing to add last night but the following moths were recorded :-
One each of ...
Small Waved Umber
Chocolate-tip
Muslin Moth
Cabbage Moth
Hebrew Character
Plus 8 x Shuttle-shaped Dart
The next few nights look much better for the traps but rain could be a bigger problem
Posted by Trent Duval at 08:29